Comics Cavern - Once a Tumblr site, then a Twitter feed, perhaps also a Buzzfeed page. Silent since 2012.

Blog @ MarkWaid.com - Mr. Waid can easily be found in multiple venues, primarily at Thrillbent (I think - it's been a couple years). Markwaid.com was hacked(?) in 2013, and abandoned(?).

The Legion of Substitute Podcasters - Now a regular podcast, as well. I'm starting to see a trend.

Has Boobs, Reads Comics - Jill Pantozzi is just super and can be found at The Nerdy Bird. 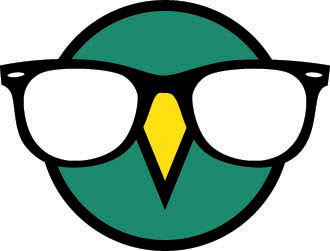 Loose Pages - A. David Lewis is a comics writer and scholar, and Loose Pages as been absorbed into his extensive site, Caption Box.

Sean Phillips - The Blogger site is gone, but no worries, Sean is right over here.

Fred Hembeck - Hembeck.com hasn't been updated for over 10 years (and the Myspace page is gone), however Fred's a Facebook guy, and is regularly posting there.

Comic Book Sales Stats - Came rushing out of the gate in 2014 with a ton of work on comic sales data, then just faded away within 18 months.

A Comic A Day... - KaraokeFanboy was everywhere for a while, and most of those platforms are still online but not updated. I think this is his latest iteration. I'll look into it. *Note from Russ:

Thanks for inquiring!  AmazingArizonaComics.com is my most current comic blog, though it hasn't been updated much in recent months, either.  I've had too many events IRL!  I do update my appearances list there as often as I can, so please reference it as my prime destination.

I may revisit KaraokeFanboy Press in the near future; I'll let you know if and when new content goes up.

I appreciate your asking!  If you need any more info, please let me know."

(* Permanote: I'm using Comicblogupdates and Update-A-Tron to facilitate this project. Quite a few of the links on these two sites rely on RSS/feeds. Some sites are still there; the provided link is just defunct)

Heading out for a trade show for the rest of the week - see you Monday with ABGTH and Cool Links!
Posted by Mike Thompson at 9:15 AM