As I mentioned earlier, Thor #201 got me hooked instantly back in '72. The connectivity of the Marvel Universe drew me in and held me for decades (off and on but still...). I began to find myself inhabiting specific corners of this universe more than others - the Cosmic penthouse of Thor, the Surfer and Warlock, The Baxter Building and mostly, Avengers Mansion (Spidey's whining never did much for me). When Claremont and Byrne really went Uncanny, and Frank Miller reanimated Daredevil, I was a full fledged Marvel zombie. By 2009, when I moved to New York from Massachusetts, 18 longboxes of Marvel comics trailed closely behind. (Plus, another 16 long boxes of DC, Dark Horse, Image, 80's indys, oh god, so many comics...)

Why did I keep everything? Simple. It never felt disposable. Nothing I ever loved really did. Hockey cards, Canadian stamps, Hot Wheels - I still have most of the things from my childhood that gave me joy (well, not the stamps so much, but my grandmother worked for Canada Post and gave me every first day cover stamp from 1967 to 1983, so, ya know, couldn't just toss 'em).

And that joy of things was most fully manifest in those full-color 32-page mindworms. I didn't really decide I wanted all of them until I realized I could, theoretically, have them all. After all they're numbered and everything! I could keep track of what I had and what I was missing. The Completist was born.

At its root, the completist impulse is about feeling as though there's no point in collecting something unless you have every single item. Whether it's records, books, comics, toys, memorabilia or something else, the collection isn't worth having unless you have every item that belongs in the set. A set of N-1 is as worthless as an empty set. - Charlie Jane Anders io9 12/10/13

If I were to focus on one subsector of the medium, say Marvel from the 70's or George Perez art or Human Torch appearances, it wouldn't seem so insurmountable. But I wanted the entire Marvel Universe; all of it, from Marvel Comics #1 (1939) to next week's Daredevil. Is that really asking too much? 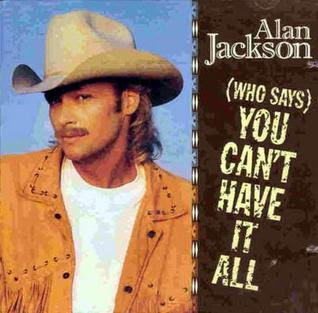 (Un)fortunately for me, Ebay happened. At first, it felt like I'd found the vault from the end of Raiders. Holy crap! It's was all there: runs of the Avengers, Giant Size Man-Things, even Claremont/Byrne X-Men! After I gorged myself on the incredible deals I was finding (soon I was buying Marvel long boxes blind), I took inventory, literally and otherwise. I figured I had about 20% of the possible Universe now in my grasp.

But after a five seven eight year binge, the thrill of the chase was gone. Because of Ebay, it's just too easy (expense notwithstanding) to acquire the missing gaps.

And soon came the Ghidorah of marriage/kids/mortgage. I was in my mid-40's. Money is no object until it is, and time marches on. I realized I'd never get the other 80%, especially with Marvel pumping out content at a rate only the most seriously demented trust fund baby could keep up with.

Now it's time to say goodbye to the things themselves. It took a while for me to get used to the idea that, soon, I will not be a collector of anything other than memories and experiences. And that's OK by me.

Next up : OCD? Hoarding? How close do we get to those conditions when we strive to own a Universe?
Posted by Mike Thompson at 5:01 PM