The back issue problem

Earlier today, Brian Hibbs, owner of two stores out west, posted an interesting overview of the challenge he is facing with his newly acquired back issues on Comic Book Resources. 300 long boxes/75,000 comics. I'd bet there are basements and storage lockers throughout North America that are full of collections like that. Maybe not that size, probably more like mine (4500-5000 comics).

When owners of collections like these retire/die or just decide to liquidate, the market will be flooded (moreso) with literally tons of unwanted unreadable and worthless comics. There appears to be no interest in the younger generations to "collect", and I'm not just talking about comics. Have you met many kids with baseball cards lately? What about stamps or coins? My son is nine and he has hundreds of Hot Wheels (including some of mine - love those Redlines), but is he a collector? No, he just acquired them, thanks to Santa, birthdays and trips to Target with Mom.


So if the younger folk don't wanna hoard, whatever will we do? I can't imagine we're going to return to the days of hockey cards in bike spokes and spinner racks in the five'n'dime. There are millions of comics floating around the existing (and shrinking) back issue dealer market that aren't ever going to find their way into the hands of new and younger readers. 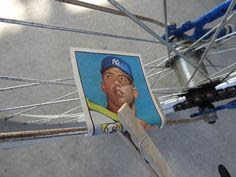 No I can't imagine THAT either


I sold my Marvels a couple of years ago and bought a new car with the proceeds (just a Kia Soul, take it easy). There were a LOT of them in complete runs and most of them were pre-1990 ('72-'87 primarily). What I have left is the other stuff - Image, Dark Horse, DC, Eclipse, etc - and I don't see it finding a home anytime soon. I could probably dump them off on a wholesaler for a dime a piece.

I could, but I don't want to. They're worth more to me than that, and I'm not talking about their value on the back issue market (such as it is).

What are you doing with yours? 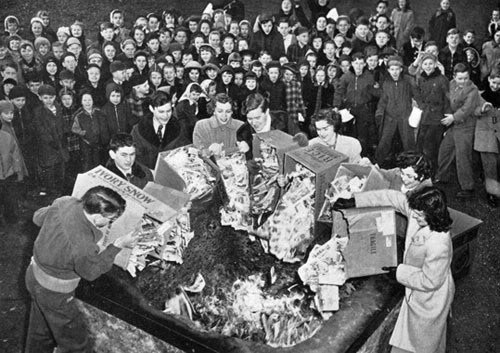 Not the solution I'm looking for

Posted by Mike Thompson at 9:50 AM